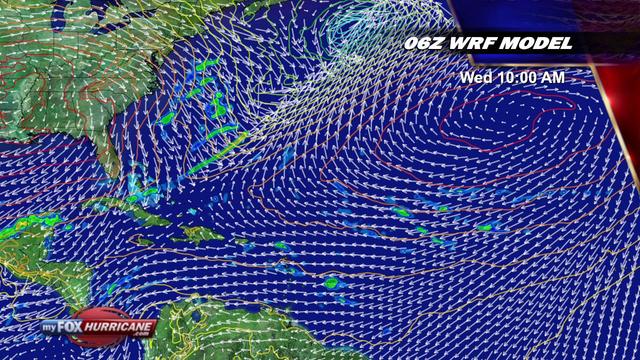 The solid lines are isobars (lines of equal pressure). The closer the lines are to each other, the stronger the winds. The colors of the lines correspond to higher or lower pressure.