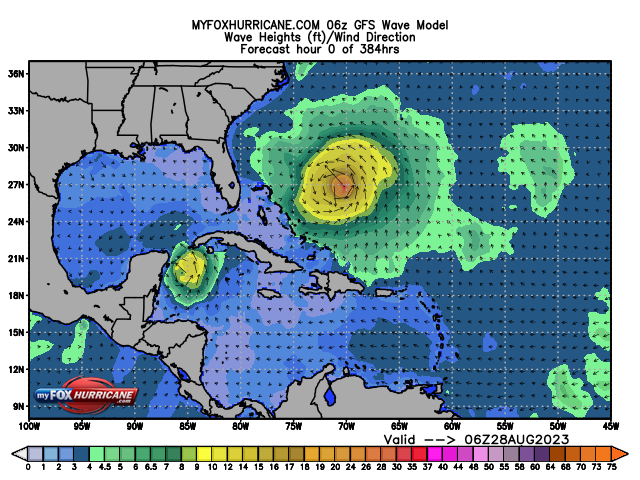 The Global Forecast System (GFS) is a global numerical computer model run by the National Center for Environmental Prediction (NCEP). This mathematical model is run four times a day. The model does not predict individual wave heights but the expected wave field, which is an average of wave heights over a large area. The average that is commonly used by meteorologists is the significant wave height, which is defined as the average height of the highest 1/3 of all individual waves.